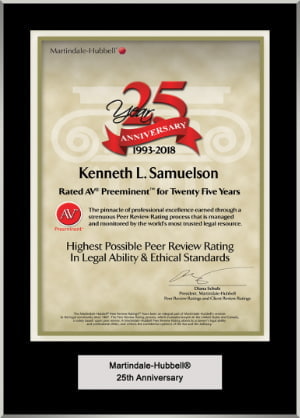 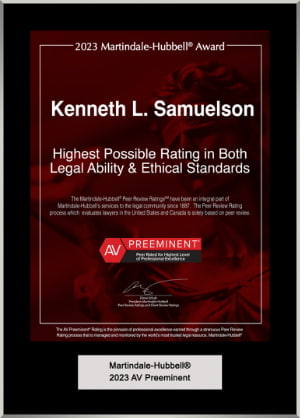 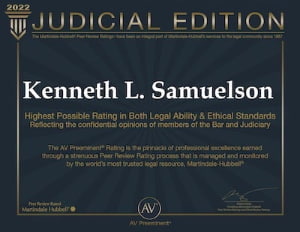 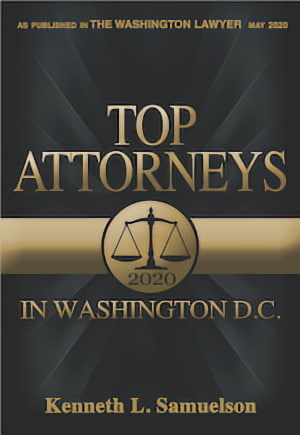 Samuelson Law at a Glance: 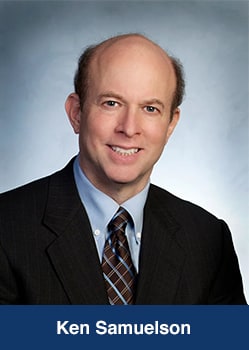 Specific examples of major transactions and litigation Ken Samuelson has successfully handled, as the lead counsel (or, in a few instances, as the lead outside counsel), including as a partner at larger law firms, include:

Caution: Successful outcomes in the above are no indication of what the results may be in other transactions and cases. Each transaction and case is unique, and the circumstances and people involved vary.

Finally, a word about our fees: Budgets, and fears of signing-on to become liable for unknowable amounts of attorneys’ fees, have caused many clients to want fixed or partially contingent fee structures. Samuelson Law has had enough experience handling transactions and cases to enable it to predict the likely amounts of fees in various instances and for it to share in the risks involved. Therefore, Samuelson Law is able to enter into such fee structures in various transactions and cases.